Though staff at the council are working hard keeping West Norfolk going during the coronavirus pandemic, our Councillors are failing with some of their other responsibilities – like keeping us safe from climate change! As residents of West Norfolk, we are worried, and here’s why you should be too.

Residents from across our borough express their astonishment that nobody in West Norfolk is talking about the terrifying future that we face, even though much of the borough is expected to be flooded annually within 30 years.

The video reminds viewers of the devastation caused by the floods of 1953, which killed thousands across the region, and highlights the scandalous lack of action from the Borough Councillors who are in charge. Given that most councils in the UK have declared a Climate Emergency, why West Norfolk is being left behind?

Please share this video, contact your Councillor, or write to the local news. Join us in Extinction Rebellion. 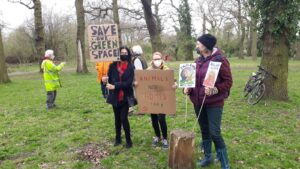 On Friday 4th June, plans were announced to scale back the Parkway housing development, specifically the eastern side of Parkway. 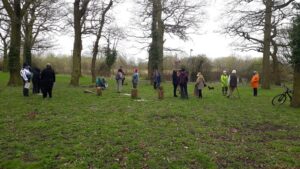 Yesterday, Saturday 10th April, a small socially distanced rally was held on Parkway. Around 20 local people of all ages, 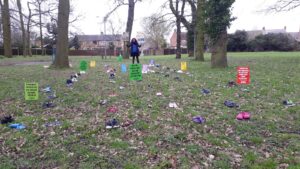 Today, 26th March, three mothers from our group have displayed dozens of childrens shoes at the Gaywood Parkway site to

We can’t fundraise like a charity would so your donation is vital to continue our fight for life on Earth.